Posted on January 29, 2020
NEW DELHI: It was a sight to behold at the TiECon (The Indus Entrepreneurs) Mumbai 2020 event on Tuesday when Infosys co-founder N R Narayana Murthy seeked blessings from Tata Sons chairman emeritus Ratan Tata by touching his feet.

Humbled by the gesture, the Tata group chairman posted the video on his Instagram stories and wrote, “It was an honour to be awarded by TIEcon at the hands of a great friend Mr Narayana Murthy. I am truly humbled.” 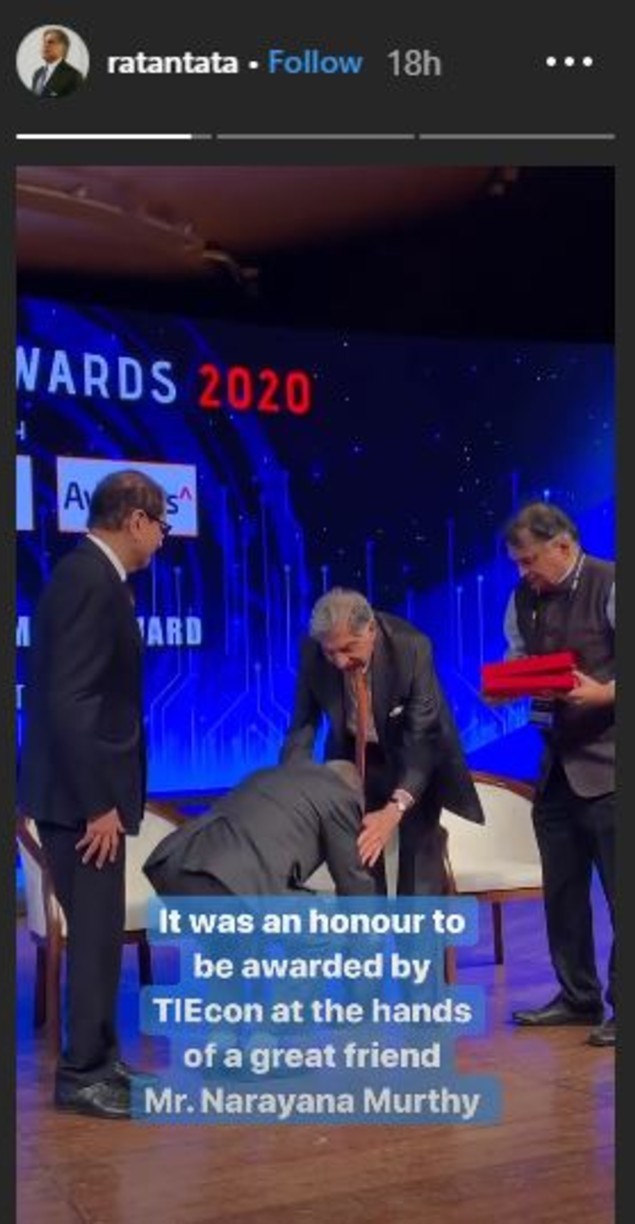 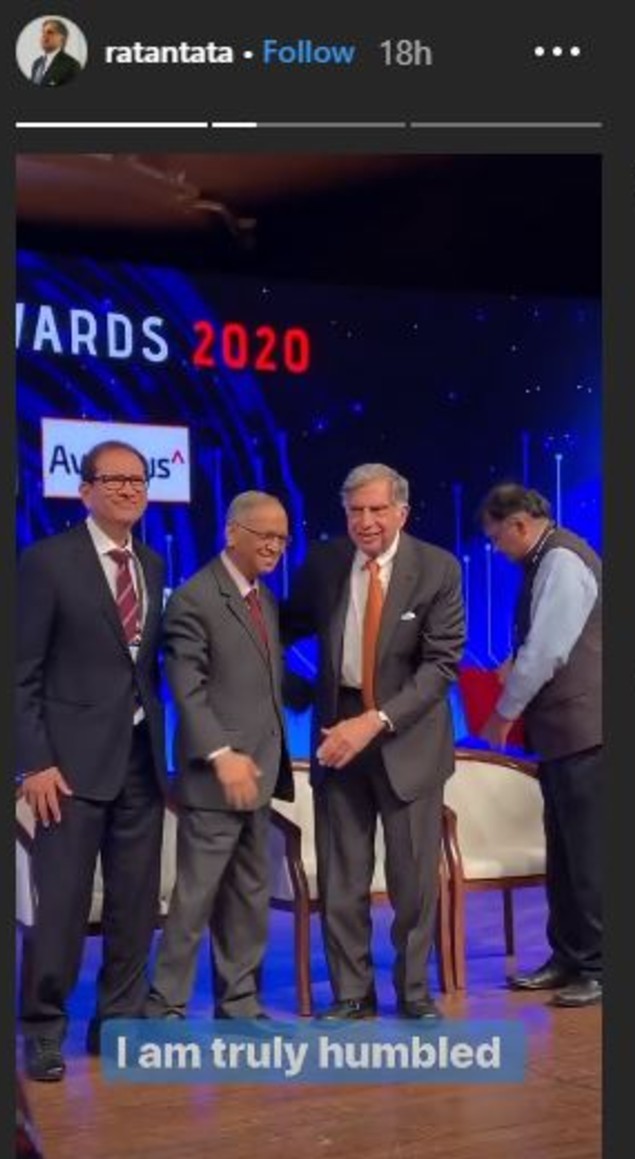 Murthy presented the life time achievement award to Ratan Tata for his outstanding contribution that spans across years of focus and dedication.

Speaking at the event, Ratan Tata — who has always encouraged start-ups in India — said that the young founders of innovative companies are the future leaders of the industry. He also warned that start-ups which burn investors’ money and disappear will not get a second or third chance.

He further exhorted businesses to conduct themselves ethically and not to be “fly-by-night” operators.

“Bulk of the money which gets invested as risk capital in the upcoming companies is from abroad and there is a need for domestic money to play an important role in this,” Murthy said at the event.